Our support to end the Dog Meat Trade is currently focused within the Philippines and was launched in September 2017 alongside our partner AKF.

In addition to the many thousands of strays struggling for survival every day, they are also at risk of being subjected to the barbaric dog meat trade (DMT) which sees many being brutally slaughtered for human consumption. Despite this being an illegal activity within the country, many are still being killed in this way. Alongside our partner, we will not stop until no more dogs are forced to endure this horrific fate. Through our support, we aim to:

The Philippines team all work towards the same vision: To improve the welfare of dogs in the Philippines and eliminate their illegal slaughter for human consumption.

All dogs that have been rescued from the dog meat trade are taken to the sanctuary where they receive any veterinary care they need and full support from the team. Many are then adopted to their forever homes, with some staying at the sanctuary and living with the team as their new family.

Rachel
Rachel was found in a bag within a dog meat trade raid in the Philippines and was rescued along with all other dogs on-site. She now lives at the sanctuary where she roams freely with other dog meat trade survivors. 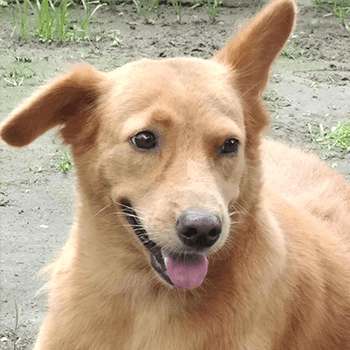 Louis
Lovely boy Louis was rescued from the Dog Meat Trade. He was found with his nose so tightly taped shut that he has now been left with permanent scarring. 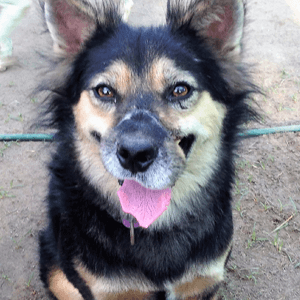 Pam & Angie
This adorable duo is Pam and Angie, are mother and daughter. They were rescued from the dog meat trade and are now living happily at the sanctuary in the Philippines. 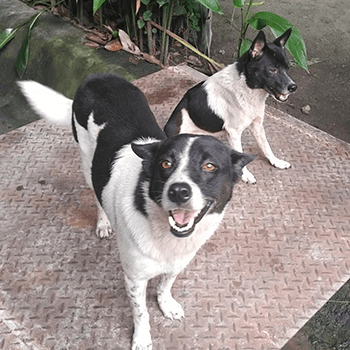 To find out more about volunteering opportunities at IAPWA, please email the team at enquiries@iapwa.org.