At the sanctuary, a lifeline is provided for defenseless abandoned elephant calves, often the tragic victims of poaching and human conflict.  Under the age of two, young elephants are incredibly vulnerable and dependent. Many do not survive without intricate care and nutrient rich milk from their mothers. At the Elephant Nursery these fragile elephants are cared for around the clock – a milk dependent orphan requires special milk formula every three hours!

A team of locally employed, highly trained Keepers care for them and watch over them constantly – whether out during their daily walks, or sitting close by their stables at night. Together with their new siblings and Keepers these young elephants learn to overcome the tragic loss of their natal family, as they browse, play and bath together in a natural environment.

As soon as the calves can be weaned from milk they will be moved to the Kafue National Park​, to join other older orphaned elephants at the Kafue Release Facility, where they are more independent of human support and spend most of their time browsing freely in the National Park. The Facility backs onto the ancient Ngoma Teak Forest where there is a 1,000 strong local elephant population, which maximises the opportunity for the orphans to eventually reintegrate with fellow elephants back in the wild. 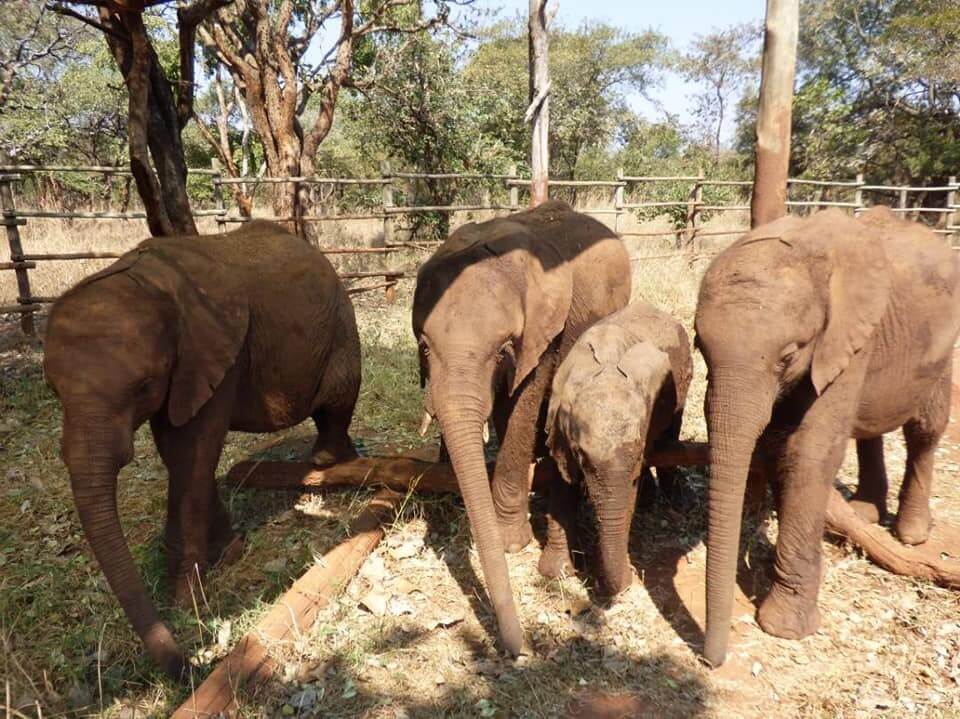 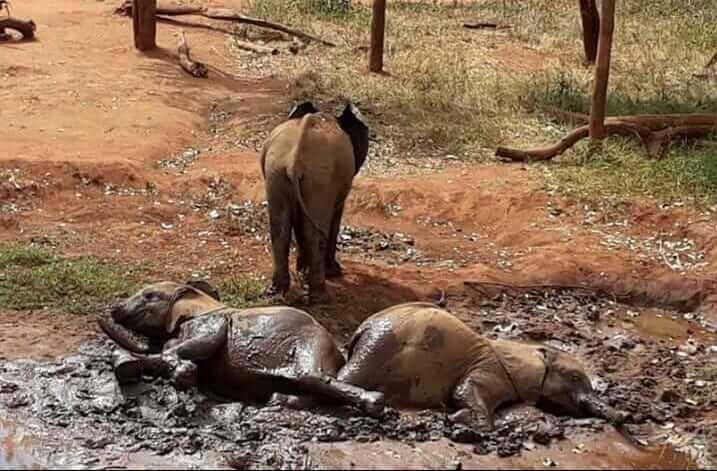 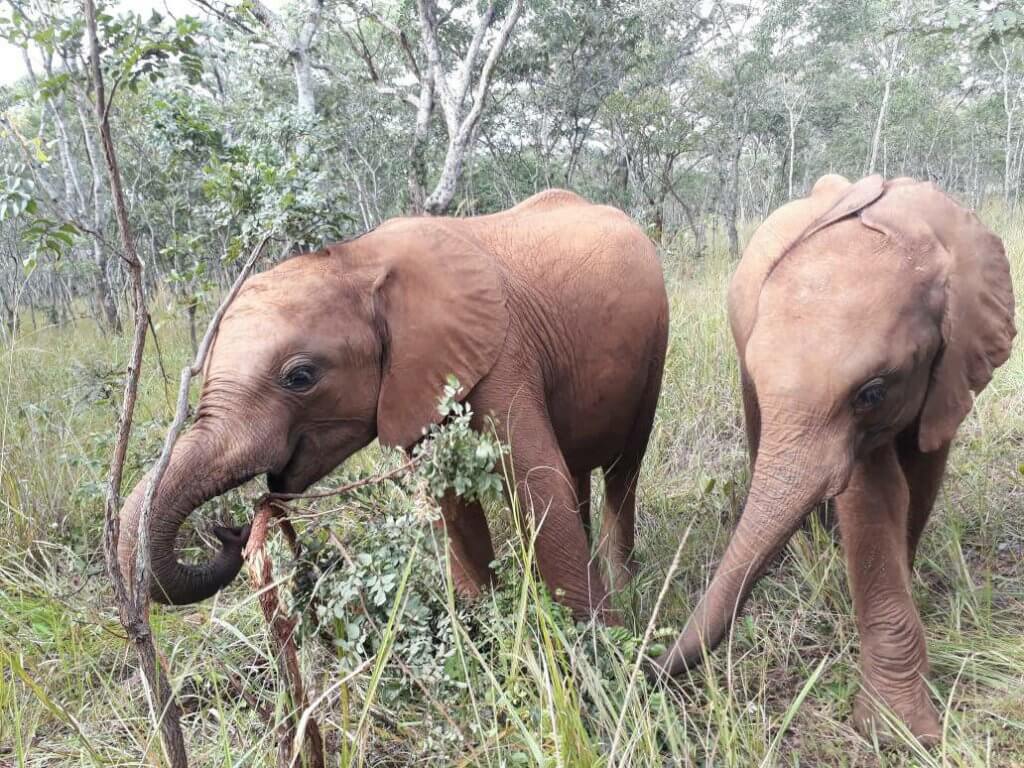 The Elephant Orphanage Project was established with the mission to rescue, rehabilitate and release orphaned elephants back into the wild. When elephant calves become orphaned, their health is usually compromised and the calf suffers great stress.

Elephant calves requiring rescue can become orphaned for various reasons and could be as a result of:

Once an elephant orphan has been located an equipped team, including veterinary support, is sent to the location site to assist with the capture and immediate stabilisation of the orphan. Wherever possible, lone calves are always closely monitored and every effort made to reunite them with their family.

Following rescue, an elephant orphan will then be moved to a short-term quarantine area for stabilisation and health monitoring, before being transferred to the Nursery for further stabilisation and preliminary rehabilitation (physical, emotional and social).

The Elephant Orphanage Project supports the orphans from the point of rescue until weaning age (approximately 3 years old).  Milk dependent orphans are cared for at the Nursery by a highly experienced team of keepers who have the skills and knowledge to hand-rear orphaned elephants.

At the Nursery the elephant orphan will be closely monitored, nurtured and provided with the adequate nutrition, veterinary treatment, love, comfort and care required to start to overcome the trauma of losing their family and to help them settle into a new life. Elephants are extremely social animals and young elephants are normally raised within a close knit family group. The Elephant Orphanage has highly experienced keepers who have a large part to play and take on the role of their family, effectively being the motherly figure providing the love, care and support 24 hours a day, seven days a week, necessary to bring the rescued  orphan back into a healthy condition, both physically and emotionally.

The orphans also need to be able to integrate and enjoy social interaction with other elephants, which plays a huge role in their emotional and social development, as well as maximising wild behaviours through daily bush walks, mud-bathing and playtime.  This helps the orphans to form close knit groups that can in the future be released back into the wild.

It’s a long journey to rehabilitate and reintegrate an orphan back into the wild, one that can take around 10 years, and this would not be possible without the valuable support of foster parents.  Fostering an elephant orphan provides vital care and support, and could help save an orphaned elephants life.

Calves are weaned from formula drink at approximately 3 years old and once they can forage sufficiently and their physical maintenance and growth can be met through the consumption of natural vegetation, they are then transferred, along with at least one social playmate, to the Release Facility to be weaned from formula drink and supplementary feeding; gradually reducing dependency on human support over the years until they are ready (emotionally, physically and socially) to be reintegrated with wild elephants and live back in the wild.

The elephant orphans at the Release Facility are categorised into phases of release stage. The youngest being gradually weaned are still stabled overnight, and once fully weaned and physically capable spend their nights outside in a predator-proof outer boma. This encourages further development of social behaviour and learning opportunities, and allows the orphans to move one step closer towards experiencing wild elephant night-time behaviour in being able to move freely, forage and socialise, which plays a hugely important role towards their eventual release. Wild behaviours are maximised (both feeding and social) through daily bush walks and interactions with wild elephants.

Once elephant orphans are considered physically capable of defending themselves against predators they are then encouraged to remain outside of the boma at night, thus enabling opportunities for human-free wild elephant encounters, independent exploration of their surrounding environment and access to an increased range of vegetation and reducing their dependency on their keepers.

Once released, post-release monitoring is implemented to evaluate their rehabilitation and to ensure post-release success in terms of survival and welfare, including interaction and acceptance by wild elephants, nutritional fulfilment and reproductive success.

Rescued from Siomangwesi in October 2011, Muso (as he is affectionately named by the keepers) was traumatised from losing his mother, but is now a content individual whose confidence has increased recently. Muso is certainly now unrecognisable from the fragile and weak little elephant rescued, and its wonderful to see him progressing so well, both physically and socially. Muso’s confidence has enabled him to take on the responsibility of a big brother to many of the younger orphans, guiding them during the daily bush walks. He also has a soft side, caring for the younger ones who need extra comfort. Together with the other young bulls, they engage with one another and exercise their social skills, which is a vital experience for when they need to form a bachelor herd in the wild. Muso is also becoming more independent, suggesting he would also make a strong solitary post-release bull in the future. 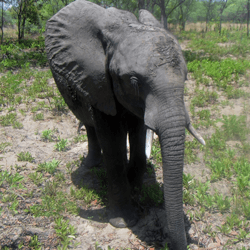 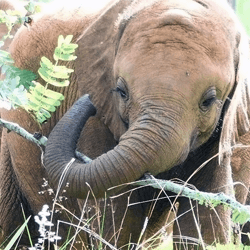 Njanji has settled in well and is thriving in his new home which is a remarkable improvement since his rescue in 2015 from Mosi-ao-Tunya National Park in Livingstone, where he had been observed attempting to approach and join several wild elephant herds within the park, who unfortunately rejected him each time. Alone, confused and frightened, he was suffering from the trauma of losing his herd and was in desperate need of help. Njanji was rescued and brought to the Elephant Orphanage, where he was given round-the-clock care and offered a specialised formula to give him the nutrients he urgently needed, as he had been deprived from his mothers milk due to their tragic separation. Since his rescue Njanji has regained his health and is now a happy, confident elephant. In July 2018 Njanji graduated from the Nursery to the release facility, a huge milestone and successful progression to the next phase of his rehabilitation and was introduced to a much bigger release herd and a more wild environment. Njanji bonded well with Chamilandu the matriarch and in an interesting turn of events followed Chamilandu out into the forest, and when Chamilandu came back Njanji didn’t. He was located with a wild herd, where he s being tracked and monitored.

Tafika means ‘to arrive’ in the local language and he was rescued in 2009 after being separated from his herd at just 9 months old. Tafika is now one of the older orphans in the release herd, often seen engaging in social play sessions and the occasional sparing session, where he is asserting his dominanance as a strong male. Tafika also has a softer side and has formed special bonds with some of the younger males and can often be seen together exploring their wild surroundings. This shows Tafika is capable of forming a social group, which is an essential skill for him to have when forming a bachelor herd in the wild one day. Tafika has now been fitted with a GPS collar to track his movements should he decide to separate from the herd and explore with his release-phase orphans, but for now appears to be content in the company of the release herd. Tafika is thriving, exhibiting behaviours of a strong and protective leader and collecting the essential survival skills that will guarantee him a successful life in the wild one day. 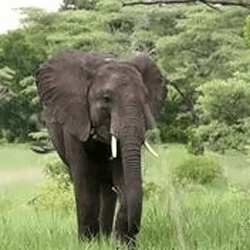